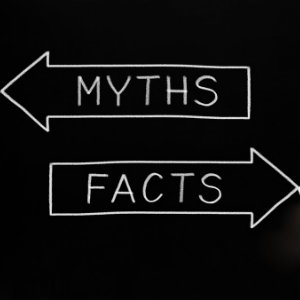 As you age, you’ll probably find yourself wondering what’s inevitable about aging — and what really isn’t. That’s why we decided to debunk some of the most common myths about aging that claim something negative “always” happens. Turn out this just isn’t so!

Myth #1: Dementia is an Inevitable Part of Aging

To debunk this myth, we took a look at an article by HealthyWomen.org, where Patricia Harris, MD, geriatrician and associate professor at Georgetown University Medical Center, says that “Dementia should be seen as a modifiable health condition and, if it occurs, should be followed as a medical condition, not a normal part of aging.” And, even if you find yourself – or a loved one – forgetting something, don’t jump to the conclusion that it’s Alzheimer’s. Dr. Harris points out that other causes include medications, nutrition and modifiable medical issues.

Plus, when doctors studied the brain of a woman who died at the age of 115 (the world’s oldest known woman), they found normal brain tissue and, in the years leading up to her death, she showed no loss of brain function.

Recommendation: Exercise your body and your brain. One study found that six months of regular exercise boosted brain volume in 59 healthy but “couch-potato individuals ages 60 to 79.” Write letters or challenge yourself with a new hobby to otherwise exercise that brain.

Not true! An Australian study at the Monash University Medical School took a look at women, ages 40 to 67, who exercised once every two weeks for 20 minutes — and they showed a greater amount of knee cartilage, which makes them less likely to develop arthritis. This myth was debunked by Reader’s Digest, as was the next myth.

One study took a look at women who were more than 100 years of age — and only 56 percent of them had osteoporosis, and the average age of diagnosis was 87. These women didn’t have the benefit of knowing the importance of a healthy diet and exercise on bones but, as the article points out, you do — so you have even more tools at your disposal to maintain strong healthy bones. Get more tips for protecting bone and joint health in this article.

It’s part of human nature, it seems, to assume how someone else lives. And, in a recent study discussed in an article by the University of Rochester Medical Center, younger people believed older people got lonely. More specifically, 61 percent of Americans surveyed who were aged 18 to 34 believed loneliness was a serious problem for people over the age of 65.

But, when looking at survey results of people who actually were 65 or older, only 33 percent believed loneliness was a problem – and only 13 percent actually felt that way. So, even when surveying people who were 65 and up, the loneliness was most often attributed to someone else.

Myths #5: Falls are Just a Normal Part of Aging

According to the National Council on Aging (NCOA), most falls can be prevented. Ways to reduce your risk of falling include “Exercising, managing your medications, having your vision checked, and making your living environment safer,” which are all within your control.

Living your life to the fullest will help debunk many myths others may have about aging. But don’t hesitate to utilize a partner that can help you live safely and confidently in your home.

Kendal at Home focuses on using the latest and best methods to help you maintain your independence and individual lifestyle. Find out how our team can help you become a myth buster—just click here.