A Test for Predicting Alzheimer’s: What Older Adults Need to Know 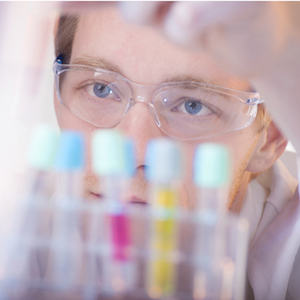 Alzheimer’s is one of our most devastating and elusive diseases. With over five million Americans currently living with Alzheimer’s—more than both prostate and breast cancer combined—the scope of the disease has reached near-epidemic proportions. In the time it takes you to read this blog post, even more people will have been diagnosed. In fact, someone in the United States develops the disease every 67 seconds.

However, as scary and intimidating as those figures are, there have been some recent encouraging breakthroughs that might change the tides of Alzheimer’s research, diagnosis, and treatment. Researchers say they might have discovered a test to predict whether a currently healthy adult is likely to develop Alzheimer’s.

A discovery of this proportion is highly significant for older adults, so we break down the who, what, when, where, and why of the test here.

WHO: A group of researchers, most notably senior author Dr. Howard Federoff from Georgetown University Medical Center and lead author Mark Mapstone, a neuropsychologist from the University of Rochester Medical Center.

WHAT: The study took blood from hundreds of participants 70+ living in New York and California. Over the course of the next five years, 28 participants had developed Alzheimer’s. Researchers then examined the blood of those 28 to determine what might set them apart from the rest of the group. After looking at over 100 different fats, or lipids, it was determined that the participants who developed Alzheimer’s had low levels of 10 particular lipids. Once they compared these results to the blood tests of 54 other Alzheimer’s patients and found the same low levels of lipids, the researchers decided they were on to something. The blood test predicted who would suffer cognitive impairment accurately 90 percent of the time.

WHEN: Though the results of this study are exciting and encouraging, there is still a great deal of work to be done before a test for predicting Alzheimer’s will be available in your doctor’s office. Since the test works to find people who are predisposed to Alzheimer’s before they have even shown signs of symptoms, it could offer significant insight into causes and treatments.

WHERE: This is happening here and now, with some of the top researchers in the country. Next, they hope to test people in their 40s and 50s, which would open the door for potential prevention and early treatment experimentation.

WHY: If the blood test does become something available to the public, the decision to undergo the test would be a very personal one. While some people might want to know, others might prefer just the opposite. Regardless of if knowing ahead of time is an attractive option for you, the test represents a greater understanding of a disease that has gone largely misunderstood up until this point. With the degree of insight the blood test stands to offer, doctors and researchers can get closer than ever to finding a potential cure.

Would You Have the Test Done?

Should the test become available to all older adults, deciding to have the test done is very personal. We certainly can’t tell you what to do; however, we can provide some thoughtful questions that might help you decide your course of action, should you get the option.

What was your reaction when you first heard this study’s findings? What are your greatest hopes for Alzheimer’s research? Share your thoughts in the comments below.