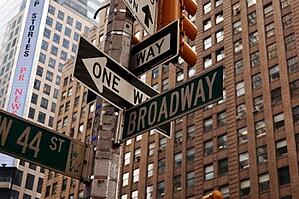 “You are never too old to set another goal or to dream a new dream,” said author C.S. Lewis. That life view was evident at the recent 2012 Tony Awards when 80-year-old director Mike Nichols accepted his eighth Tony for Broadway’s latest incarnation of Arthur Miller’s “Death of a Salesman.” From the director’s chair to the spotlight, octogenarians are packing them in on Broadway. Veterans of stage and screen, some of America’s best-loved actors and actresses are still “beating the boards” when they could be hanging up their dancing shoes.

The Best of Broadway

In a delightful NBC Nightly News segment, reporter Chris Jansing interviewed Broadway stars who are still going strong after half a century on stage. “I can’t quite believe I’m as old as I am because I don’t feel it. I really, really don’t,” confided Angela Lansbury, 86, who is starring with James Earl Jones, 81, in Gore Vidal’s hit play “The Best Man.” Just down the street, fellow octogenarian Joel Grey, 80, who first wowed crowds as the Master of Ceremonies in “Cabaret” 45 years ago, is still singing and dancing in the Broadway revival of “Anything Goes.”

The stars say the challenge of memorizing lines and performing eight shows a week keeps them young but takes discipline and extra sleep. But the standing ovations are still a thrill. As Angela said, “Providing I can put one foot in front of the other, I will continue to act.” And we’ll be in the audience applauding!

Create your own stage for the next chapter of your life at Kendal at Oberlin or with home support from Kendal at Home.