The Independent Life of Snowbirds 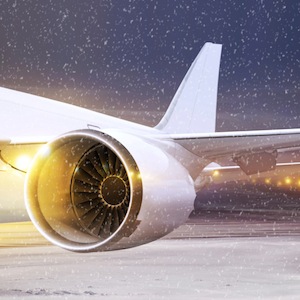 Home of the Rock & Roll Hall of Fame and the Football Hall of Fame, restaurants and fine wineries, and scenic towns and back roads, Northeast Ohio can be a wonderful place to live. But there’s one thing about Northeast Ohio many older adults (and younger folks, too!) wish would just go away altogether: the winters.

Northeast Ohio winters can be brutal. Cold air, freezing rain, snowfall: It’s enough to make you want to pack up and leave it all behind…at least until spring. In fact, that’s exactly what many Northeast Ohio older adults (and those in other cold, snowy regions) do. Known as snowbirds, these older adults leave their homes when the temperature drops and migrate toward sunshine and warmer weather.

“A snowbird is a person who spends maybe five or six months in the colder weather and six or so months in the nice, warm weather,” explains snowbird and Kendal at Home Member Mary Lou. “When you get older and the cold affects you more, you don’t even want to go outside. You have to put on a hat, coat, gloves, boots. It’s too cold.”

Where Do Snowbirds Go?

Like actual birds, snowbirds tend to go to Southern states, particularly Florida, Alabama, Texas, Southern California, and, increasingly, Arizona. Some, according to wisegeek.com, will go as far as Australia or Italy.

Mary Lou and Kendal at Home Member Charlotte both spend their winters in Florida. Like many snowbirds, the two women own their Florida homes, which makes traveling considerably easier. Another similarity between the two is how they eased their way into the snowbird lifestyle.

“For the first five or six years, we’d go down in November, and we’d go down again in April, spending a month each time,” Charlotte says. “Then when my husband finally retired full-time, we’d go longer.”

Why Become a Snowbird?

Weather is the primary reason many older adults choose the snowbird lifestyle, but companionship and the ability to pursue physical activity outdoors are close behind. “You can be more active [in Florida],” Charlotte says. “We like it because we get out and we do things down there where up here it’s snowing and you’re not willing to go out and go places because the weather’s not good.”

And while the snowbird lifestyle may seem right for many older adults, Mary Lou insists you should always try it before you buy it. “I have a couple of friends down there because I said, ‘This is a great place! Come and visit!’ And they did and they liked it,” she says. “But maybe some people come down and they don’t like it. You have to experience it before you make up your mind to relocate for four, five, or six months.”

She continues, “It has to be what they want to do. Some people don’t like to leave their family. Everyone’s tastes are different.”

Kendal at Home appeals to both Mary Lou and Charlotte’s snowbird lifestyle by providing care in Ohio, Florida, and anywhere else they may roam. We’ll be covering exactly how this works in greater detail in an upcoming blog. Subscribe to the Kendal Northern Ohio blog today so you don’t miss it!