Understanding Ageism: What is it and Who it Affects 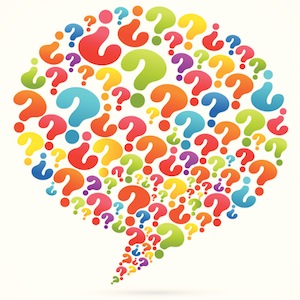 Ageism. It’s a word many people have heard, but few actually know what it is or whom it affects. Terry Kovach, a Kendal at Oberlin staff member, recalls an experience some years ago: “My husband and I were out to dinner. Behind me, I heard a server praise a fellow diner, saying ‘Good for you, sweetie. You cleaned up your plate.’ With her tone of voice, I thought she was speaking to a small child. It was quite a surprise when I turned around and saw she was speaking to an older woman—clearly not a frail person—enjoying dinner with family members. Maybe the comment was meant to be kind, but frankly, I thought it was demeaning.”

Here, we take a general look at ageism, exploring what it is and whom it impacts:

Ageism is discriminating toward an individual or group based on age. Ageism can be a situation where someone generalizes that all older adults are frail, weak, or forgetful; or it can refer to an older person assuming someone younger is not experienced enough to be competent. Like other “isms” (racism, sexism, etc.), ageism creates negative stereotypes about people based on their age.

Who Does Ageism Affect?

Ageism can affect any group, but often affects those who appear to be too young and inexperienced, and those who physically appear “old.” When people develop gray or white hair and wrinkles, this is a visual indicator that they have reached a certain age. Younger generations notice and begin to treat these adults differently. Ageism may also be the reason that older job seekers find it more difficult to get hired or re-hired than many of their younger counterparts.

When Does Ageism Occur?

Ageism can occur at any point when a person is perceived to be “old.” There is no definite age when ageism officially begins for older adults. Individuals over the age of 80 are usually affected most often, as this is age when physical impairments tend to become more visible. Tony Kash, however, is just 50 and feels he is already experiencing ageism.

Recently laid off, Kash made an impressive climb from entry level to department manager at a printing company where he oversaw more than 450 employees and made over $100,000 per year over the last three decades.So why is Tony having such a difficult time getting rehired? He suspects his age plays a strong role.

How Can I Combat Ageism?

Ageism can range from the overt to the very subtle, often appearing in language. You can help combat ageism by making a concerted effort to recognize and address these stereotypes, encouraging tolerance when they arise. For example, if a relative or neighbor makes a generalization like, “Old people can’t drive,” correct the person, helping him or her understand that this is a hurtful stereotype, not reality.

Awareness and education are the keys to combatting ageism. Once you are aware of the pitfalls of ageism, you can recognize the behaviors in others. In doing so, you can educate those around you of its harmful effects and increase recognizable awareness for the community at large.

Have you experienced ageism? How did you react? How did it make you feel? Share your story in the comments below.