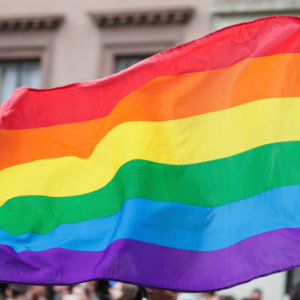 Staying social is an important factor in healthy aging. An active social life gives you a sense of belonging, keeps you connected to the world around you, and benefits your health in a variety of ways.

According to “Social Isolation Among Seniors: An Emerging Issue,” older adults 65 and older consistently rank relationships with family and friends second only to health as the most important area of health. And yet, older adults are often more at risk for social isolation. According to the Social Care Institute for Excellence, an estimated 12 percent of those 65 and older report feeling isolated. This is especially true of certain groups of older adults, particularly lesbian, gay, bisexual, and transgender (LGBT) individuals.

According to AARP Foundation’s Isolation Impact team, LGBT adults ages 50 to 95 are at a greater risk for social isolation. This may be due to a number of factors:

There are a number of ways to in which to promote social integration and connectedness among LGBT older adults. These include:

In addition, encourage LGBT older adults to forge new relationships with individuals and organizations who will embrace them just as they are. For example, Kendal Northern Ohio, which supports the programs and services provided by Kendal at Oberlin, Kendal at Home, and Senior Independence, operates on Quaker principles and values, welcoming individuals of any religion, race, color, and sexual orientation.

If you have an older LGBT loved one (or are an LGBT older adult yourself), know that social isolation does not have to be the reality. Proactively address the risk factors for social isolation now to encourage healthy aging.

Would you like to learn more about Kendal Northern Ohio’s Quaker Values? See our eBook, “10 Ideals of Quaker Service for Older Adults.”