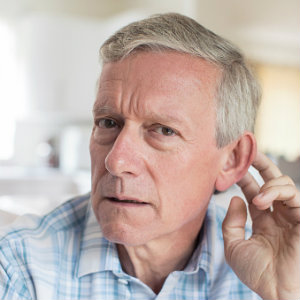 The auditory sense can bring people such pleasure, whether that means listening to enjoyable music or rooting for a favorite sports team when the game is being broadcast on the radio. A good sense of hearing allows people to participate more fully in conversations and social engagements, overall. Conversely, as the sense of hearing in a person diminishes, so does his or her ability to benefit from these pleasurable activities – and recent studies show that hearing loss can have an even greater negative impact: a reduction in cognitive function.

In 2016, a report was released by the National Academies of Sciences, Engineering, and Medicine that focused on how hearing health is crucial for overall quality of life. This report, titled Hearing Health Care for Adults: Priorities for Improving Access and Affordability, also provides recommendations to boost the availability of resources for hearing health care and is worth a read if this subject affects you. Here’s more.

Research funded by the National Institute on Aging explored the connection between hearing loss and reduced cognition in older adults, as well as a greater risk of dementia; results showed this correlation. More specifically:

When comparing adults with normal hearing to those with a hearing loss, it was noted that concentration and memory declined more quickly in those with hearing impairments.

This affects a significant percentage of the population. In fact, hearing loss is one of the most common health conditions affecting older adults. About one in three adults aged 65 to 74 – and nearly one in two adults aged 75 and older – are affected in the United States.

The Better Hearing Institute shares that multiple studies in recent years have indicated this connection between hearing loss and loss of cognition. This is because we ultimately “hear” with our brains; when a hearing loss occurs, brain pathways that respond to sound must reorganize.

MRIs have been visually backing up the conclusion that hearing loss affects the brain. Scans show that people with poorer hearing show “less gray matter in the auditory cortex, a region of the brain that is necessary to support speech comprehension.”

Because of the potential consequences of a hearing loss, the Better Hearing Institute article states “it is reasonable for them [older adults] to get their hearing tested annually. If there is a hearing loss, it is best to take it seriously and treat it.”

If intervention takes place – such as the use of a hearing aid – some experts believe this could “potentially delay or prevent dementia.” Why? Because the brain will receive the stimulation needed to keep its sound center ready to cognitively process inputs of sound.

The New York Times in September 2017 references a National Institute on Aging study that, in five years, should provide significantly more data on the question of how much hearing aids can preserve brain function. In the meantime, the American Speech-Language-Hearing Association recommends that a hearing test be performed at least every three years for adults over the age of 50. Hearing loss can be so gradual that the challenge isn’t recognized until it is significant. And, the article notes how there is no harm in getting tested, so being proactive just makes sense – especially considering the growing body of research that links the loss of hearing with cognitive decline.

Documenting the Path to Equality: An Introduction to The History Project

Retirement: The Beginning of Act II

Planning for your legacy