Kendal at Home Shares Insight into Aging in Place with Dementia 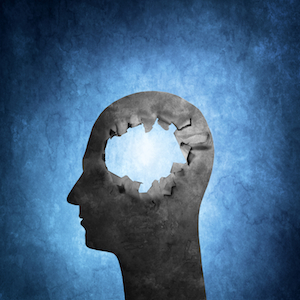 Kendal at Home provides the security of a continuing care retirement community to older adults who want to stay in their homes. When you join Kendal at Home as an independent and active adult, you will receive the care you require for any health challenges down the road without being forced to leave the home you love.

Caring for members who have developed cognitive impairment, particularly dementia, has been one of Kendal at Home’s greatest undertakings.“Aging in place with dementia adds a whole different dimension to what aging in place is all about,” says Kendal at Home member Charles (Charlie) Farrell, M.D. It’s a topic he knows well: His wife, Carolyn (Carol), has been living with dementia for the past eight years.

At the American Society on Aging’s Aging in America Conference this month, Charlie and Kendal at Home Executive Director Lynne Giacobbe will share what they’ve learned about providing physical, social, and emotional care for older adults aging in place with dementia. We share a preview of what they will be presenting at the conference here.

Sharing Insight on Aging in Place with Dementia

When Carol was diagnosed with dementia, Charlie quickly discovered there was little infrastructure in place to meet her growing needs. “It’s well known that the biggest problem with folks with dementia is memory impairment, which progresses over time,” he says. “With memory impairment comes a significant problem in being able to socialize, being able to communicate, and being able to feel like a productive part of the community. None of these issues, in our experience, were being provided by any specific entities in our community.”

Charlie, along with his daughter, Katie, founded the Carolyn L. Farrell Foundation for Brain Health to not only help meet these needs for Carol, but to share what they were learning about dementia with others in the community. With Kendal at Home handling all the logistics involved with overseeing Carol’s physical care at home, Charlie and Katie were able to focus on how they could best satisfy Carol’s social and emotional needs.

“We started to put on activities in our home, some of which worked, some of which didn’t work,” Charlie says. One thing that has proven to work for Carol is social visits from familiar faces. “Carol was in a knitting group that met weekly or bi-weekly for years. All of those ladies still come by once a week. They don’t knit, but they sit at the kitchen table and are very comfortable just being with Carol.”

He continues, “Even though her communication skills in terms of her verbal ability have diminished remarkably, these ladies can still communicate. Carol spends a good part of that encounter smiling and laughing. It’s a very productive time for her. I don’t know how we’d even begin to produce that if we weren’t using the relationships we’ve been able to develop over these last several years.”

Caring for Dementia in the Home: It Can Be Done

As a result of Charlie and Katie’s efforts, Kendal at Home has evolved its service offerings to allow those with cognitive impairment to stay in their homes safely and with dignity. “We started this organization 10 years ago with a mission to serve people in their homes. I don’t think we had any idea what kind of challenges we would be faced with,” Giacobbe says. “When you have someone with cognitive impairment, the mental, emotional, and spiritual needs don’t go away. We were challenged to really train and educate—and learn ourselves—how best to provide the fullest care for that person.”

“Dementia is a problem that is not going to go away. It’s not curable, but it is manageable,” Charlie says. “I think foundations like the Carolyn L. Farrell Foundation for Brain Health and care plans like Kendal at Home can be extremely helpful in making life meaningful and supportive for people with dementia.”

He continues, “Aging in place with dementia can be done. You shouldn’t write off people at the point where they can no longer communicate verbally and come to the conclusion that they’re no longer there. They’re still there, they’re still the same people. We just have to work a little harder to find them, and then communicate with them using tools that they can understand.”

To learn more about Kendal at Home, request more information today. To see what other Kendal at Home members have to say about us, click here.