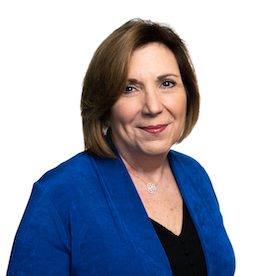 “She’s doing things that nobody else is doing.”

At the helm of Kendal at Home since its inception in 2003, Lynne has transformed what continuing care and aging mean, and inspired those who work with her and interact with her — whether she’s in the office, attending an event or chatting with a member.

Lynne’s vision has helped Kendal at Home’s unique aging in place program grow from a local offering to a statewide and soon national initiative. And as a member of the LeadingAge Ohio Leadership Academy Design Team and Lead Facilitator of the Academy, she has played an integral role in developing leadership in the field of aging. Her passion for encouraging her staff to grow and lead is felt not only among Kendal at Home staff but also throughout the state of Ohio.

So it’s no surprise that Lynne was recently awarded the Outstanding Executive Award from LeadingAge Ohio at its annual conference. The award honors a LeadingAge Ohio member at the management level who demonstrates personal integrity, leadership and professional dedication in their career within long-term care/housing.

See what some of the people who have been inspired by Lynne had to say about this honor in this short video: