Why Putting off Retirement May Be Good for Your Health 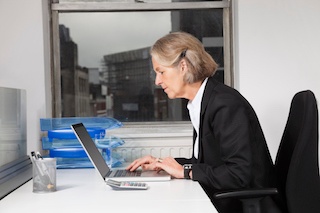 Multiple studies are focusing on the connection between retirement and overall health, with many of them suggesting that staying on the job can be quite good for you. A 2016 study in the Journal of Epidemiology and Community Health, for example, was reported on by Health.Harvard.edu, and it goes so far as to say that retiring early may even boost your chances of dying early.


Let’s take a deeper look at why putting off retirement may be good for your health.

More specifically, healthy people who postponed their retirement by just one year had an 11 percent lower risk of dying. Even retirees with health problems lived longer when they retired later. Meanwhile, a study from a French government health research agency suggested that people who retire later have a reduced chance of experiencing dementia, including Alzheimer’s disease.

From a financial perspective, of course, retiring later generally means that you can retire more comfortably when the time comes. A later retirement boosts Social Security benefits and otherwise provides people with more financial stability. It isn’t a stretch to say that when you are more financially stable, you are better able to take care of yourself.

Here’s another benefit of retiring later. Investopedia.com points out that, if you receive employer-paid health benefits, these benefits are likely to be much better than what you could afford on your own — which is especially crucial if you’d planned to retire before qualifying for Medicare. To quote, “In short, if you delay retirement, you will likely live a longer life as well as a healthier one, thanks to those superior employer-sponsored benefits.”

The article in the Harvard publication also notes how the right job keeps people connected socially, giving them a sense of purpose, providing healthy challenges and creative outlets, and each of these factors has been “shown to contribute to health over the long term.”

Postponing Retirement with a New Job

When you ask people the reasons why they are eager to retire, you often hear complaints about their current jobs. Perhaps it’s their boss who is too difficult, or the customers — or maybe they will say they no longer have the physical stamina their particular jobs require. The reality, though, is that postponing retirement does not mean that you must stay in the same job that you currently have. In fact, AARP.org provides readers with a step-by-step analysis that helped one man decide whether to stay in his current job or find a new one — and you can use their process as a template for your own decision making.

The site also offers tools to help people find their dream jobs later in life, and their experts are labelling your dream occupation as your “calling.” For people to find their callings, they say, “It’s just a matter of seeking out the perfect fit between their gifts and the world of real opportunities out there.”

So, what’s the difference between a job, a career and a calling? A job, the article explains, is something that pays the bills. A career helps you financially, but it also helps you to progress personally — and a calling “really gives us a sense of fulfillment, engagement and energy that we don’t have in the other two.”

The only firm rule? You are the ultimate guide on your own calling. Nobody else! And, if you find your calling, even as a later-in-life job, the sense of fulfillment will be so great that you will “never have to work again.”