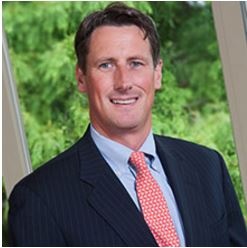 Every person who is part of the Kendal organization — from employees, to members, to residents — matters. That was the message Kendal CEO Sean Kelly had for Kendal at Home members during his listening tour.

During his visit, Sean spoke to members about the five themes that will be guiding the organization’s work over the next several years. Here’s more about what he had to say.

Over the years, Kendal has earned the reputation as a provider of quality rooted in Quaker values and where every person in the organization matters. To keep this reputation alive, and continue to grow, Sean and Kendal leadership set to work figuring out how to keep operations as smooth as possible.

They’ve started with two things: Getting everyone in the Kendal organization on a common payroll and benefits system and launching KendalNet, an intranet that stores policies, procedures and other helpful information for Kendal employees.

“We're noticing now, and this was the hope, it's also where our culture's starting to live. It's a way in which our culture sort of shows up. We try to celebrate things that, perhaps in the past, might have gone unnoticed. We try to notice one another,” he said of KendalNet.

“It's a growing organization that's got deep roots, that's been around long enough, and is stabilized well enough to consider how it is that this service line might be made available to more.” Sean said of Kendal at Home.

Kendal at Home’s growth can be seen throughout Ohio, with its programs expanding to the central and southern areas of the state.

“It was no small task. There was a lot of great forethought, thought study, and a lot of work to make Kendal at Home become more than just a northern Ohio operation. To see the fruits of that labor being born right now, is pretty exciting.”

Around the Kendal system, Sean noted they are building new health centers as well as eliminating beds. Of this, he said:

“Particularly folks with memory care issues or cognitive impairment can be served better in different environments other than just nursing homes. We're seeing the mix of nursing home bed versus assisted living or memory care units really start to shift.”

To help employees continue to grow — and to attract the right kinds of employees — Kendal plans to offer improved training and leadership development programs. The organization is also piloting several management training programs to help bring people together from around the Kendal communities to work on conflict resolution, communication and more.

Among the Kendal communities, Kendal at Home has been a leader in technology innovation and adoption.

Previously, Sean noted, the Kendal organization didn’t focus much on technology. Now, however, he would like to bring more technically-savvy people to the table.

“We need to lead more,” he said of the organization’s technology efforts. “We need to get a little bit ahead of the game. We need to consider that there's a steeper curve out there that we can ascend if we bring more of the bright minded people to the table to think about what it is that we want to do next.”

Theme No. 5: Work Together to Engage and Communicate to “Transform the Experience of Aging”

While it’s vital to have leadership and resources on the ground in each of the locations of a Kendal community, Sean also points out it’s just as important to be able to understand each community is part of a larger organization with a broader goal.

“We can, indeed, do more together than we can do by ourselves,” he said. “We have something that is entirely special here at Kendal, and I believe it, which I think is represented by the fact that we see ourselves as a larger community. Yes as Kendal, but even in Kendal at Home, the sense of community that you have among the folks that are members, but also the folks that are on the staff here, is pretty unique. I think on our best days, Kendal does a beautiful job and it's in our DNA.”