The Relationship Between Aging in Place and Social Isolation 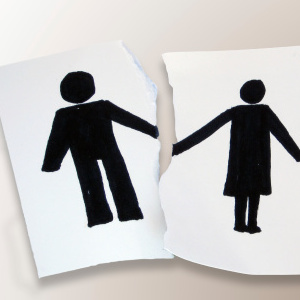 Like many maturing boomers, you want to stay in your home as long as possible. Healthy and highly active, you think you’re an ideal candidate for aging in place. But when you tell this to your children, they raise a number of concerns, among them is the worry that you will become socially isolated.

Nonsense, you think. You’re not isolated—your strong community ties are a big part of why you want to stay in your home in the first place. However, it’s rash to assume you will never be affected by social isolation. In fact, older adults are often vulnerable to feeling isolated and lonely. Read on to better understand exactly what social isolation is and why it’s such a concern for your children.

While the terms social isolation and loneliness are sometimes used interchangeably, they actually have different meanings. According to “Social Isolation Among Seniors: An Emerging Issue,” loneliness is defined by situations where the number of relationships is smaller than desired or the quality of relationships is less than desired. Social isolation, on the other hand, is an objective measure of social interaction created by observing an individual’s social interactions and network. Loneliness, then, is often the result of social isolation.

Who Suffers from Social Isolation?

A person can feel socially isolated at any age, but it’s a particular concern for older adults. That’s because an estimated 12 percent of those over 65 report feeling isolated, according to the Social Care Institute for Excellence. These numbers are expected to grow as maturing boomers age.

Older adults are particularly vulnerable for social isolation for many reasons:

Gender, lifestyle, and economic factors may also contribute to social isolation. For example, “Social Isolation Among Seniors: An Emerging Issue” suggests women may be more at risk for loneliness and isolation than men, and research from the AARP Foundation’s Isolation Impact team shows LGBT adults ages 50 to 95 are at greater risk.

Social isolation is not a disease; according to AARP Foundation’s Isolation Impact team, the need for social connection is rooted in our basic urge to survive. Feeling isolated can, however, have adverse effects on your health.

Studies suggest social isolation impairs immune function and boosts inflammation, which can lead to arthritis, Type II diabetes, and heart disease. Most alarming, mortality risk is about three times as high for isolated people compared with those who have more sources of social contacts. That’s comparable to the increased mortality risk of smoking.

When your children raise concerns about social isolation as you age, know they have your best interests at heart. Also know that choosing to stay in your home does not guarantee you will someday feel isolated. Later this week, we’ll discuss the different ways Kendal at Home helps its members curtail the likelihood of social isolation. Subscribe to the Kendal Northern Ohio blog now so you don’t miss it.