What's in a Name? The Debate Over What to Call Maturing Boomers 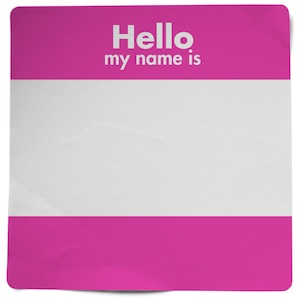 In the 1960s, the baby boomers were disrupters at the forefront of social change. They bucked established rules and tread new ground in creating their own path into the future. In the 1970s and 1980s, they were career climbers, settling in suburbs and starting families of their own. Since the early 1990s, baby boomers have ruled the world at the top of major governmental, business, and educational institutions.

The people born in the post-war population explosion between 1946 and 1964 have been instrumental in shaping the U.S. as they’ve gone through the stages of life. Now, as the first of their generation start to retire, they’re likely to rewrite the rules again. Baby boomers are healthy, active, and will have a very different experience than their parents as they reach retirement age.

So, here lies the debate: What do we call these maturing boomers? Terms like “senior” and “retirement home” just don’t seem to fit this generation of adults who are still very much on the move. Oftentimes, boomers don’t like the terms either. Rather than settling down, more boomers are looking at retirement as “bonus years”–an opportunity to reinvent their lives, according to a retirement study conducted by Merrill Lynch. Many will start an encore career in the fashion of Bill Gates or Bill Clinton. Others will travel, cultivate hobbies, or donate their energy and expertise to volunteer work. Some will even delay retirement and continue to work.

It’s little wonder boomers reject terms that seem too “old” for people who are still in their prime. They prefer words like “grown up” or nothing at all, according to research by AARP.  Instead of focusing on age, boomers are focusing on their stage in life. They’re active and independent, but they are interested in making adjustments to their lifestyles, homes, and finances to support a comfortable future. Most of all, according to the Merrill Lynch study, boomers are looking for peace of mind so they can enjoy this second act in their lives.

Businesses and services are noticing the difference in attitude between boomers and previous generations of older adults, too. As a result, you’ll likely see “senior centers,” “early bird specials,” and “retirement homes” disappear. Instead, “active living centers,” “healthy dining menus,” and “retirement communities” are more likely to reflect the boomer attitude and lifestyle.

Want to learn more about how maturing boomers are living active, engaged lives? Check out our blog at www.kendalnorthernohio.org/kao-blog/.