What is the 14th Amendment? 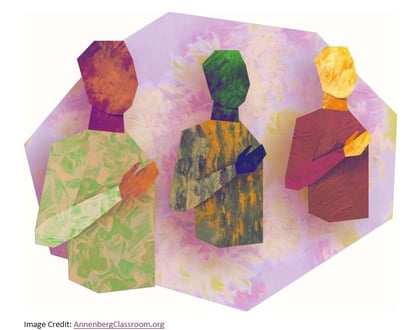 As questions of equal protection under the law, voting rights and citizenship dominate the headlines and the public conversation, join us and Professor Patrick Wohlfarth for an in-depth look at the 14th Amendment to the US Constitution- an amendment central to the fight for social justice.

The modern U.S. Supreme Court regularly issues decisions that significantly shape the meaning of the U.S. Constitution and the most divisive public policy issues in contemporary politics. The Constitution’s 14th Amendment stands out as one of the most scrutinized and applied provisions in the Court’s decision making and in American society. Professor Wohlfarth will discuss the 14th Amendment’s meaning, its historical origins, and constitutional importance. We will pay particular attention to how it applies to current disputes before the U.S. Supreme Court and contemporary public policy debates, such as those involving immigration and voting rights. 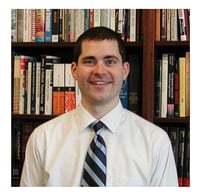 rth is an Associate Professor and the Co-Director of Graduate Studies & Placement in the Department of Government and Politics at the University of Maryland, College Park. He received his Ph.D. in Political Science in 2010 from the University of North Carolina at Chapel Hill. In 2010-2011, he was a Post-Doctoral Fellow in the Department of Political Science and Center for Empirical Research in the Law at Washington University in St. Louis.  His research and teaching interests include American politics and quantitative methodology with a focus on judicial politics. His current research examines judicial behavior and legal institutions in the United States, including executive branch litigation, the impact of public opinion, and opinion writing.

Dr. Wohlfarth is coauthor of two books: The Conscientious Justice:  How Supreme Court Justices' Personalities Influence the Law, the High Court, and the Constitution (Cambridge University Press, 2020); and U.S. Supreme Court Opinions and Their Audiences (Cambridge University Press, 2016).  His published research has also appeared in the American Journal of Political Science- among many others. His academic awards include the 2015 the Excellence in Teaching Award from the College of Behavioral and Social Sciences at the University of Maryland.