What to Know About Brain Health Supplements 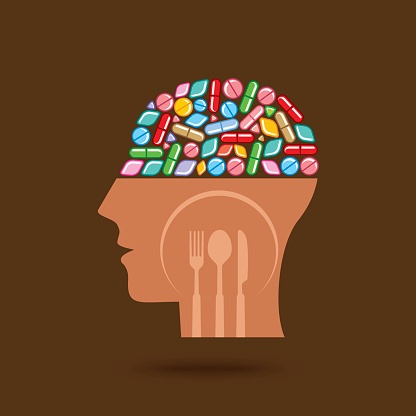 Keeping your brain healthy is crucial throughout your lifetime, with research showing multiple ways to maintain quality brain health. They include:

But, what about brain health supplements? What role, if any, do they play in maintaining cognitive function?

According to the AARP, people are certainly taking brain supplements in increasing numbers, with sales growing 74 percent between 2006 and 2016.

Does that mean they can help reduce cognitive decline? Not necessarily.

Insights provided by an expert quoted in the article indicate how plenty of these supplements just don’t work. For example, a study on ginkgo biloba showed taking this herb didn’t reduce rates of developing Alzheimer’s disease.

But, AARP does list four brain health supplements to consider, with the fourth one having “some caveats”:

We encourage you to read the entire article to find out what evidence the article provides for each of these brain supplements. Note that, with fish oil, there isn’t much evidence a person without any cognitive decline of significance will benefit, but positive effects have been noted in people with early stage dementia.

Next, we looked at a Harvard publication, which notes how we still lack reliable evidence supplements can help with brain health—although there is solid data indicating how Mediterranean-style diets and exercise can help. “There's good evidence from multiple studies,” one expert is quoted as saying, “showing that these lifestyle modifications can prevent cognitive decline and dementia and also slow down existing cognitive decline.”

The problem with scientific research about supplements, the article shares, is that clinical trials used people who are either at risk for decline or who have already developed Alzheimer’s disease. And, it doesn’t always make sense to take brain health supplements with the idea that, even if it doesn’t ultimately help you, it can’t hurt—because “some popular memory supplements raise safety concerns”.

These include Vitamin E at certain dosages in people with certain health risk factors, along with ginkgo biloba and fish oil supplements. Plus, dietary supplements don’t have to go through the FDA process to make sure they are both effective and safe, so you are taking a risk with any of these supplements.

You can click on the Harvard link to review a chart that shares when scientists have found “good evidence” that a certain supplement prevents cognitive decline or dementia, as well as “good evidence” existing that the supplements treats those conditions. As a quick summary, there isn’t much evidence they deem reliable, other than Vitamin E helping those already diagnosed.

Finally, we took a look at ConsumerReports.org to see what they had to say. And, by sharing just one short quote, you’ll see how they agree with our other sources: “There’s virtually no good evidence that such products can prevent or delay memory lapses, mild cognitive impairment or dementia in older adults. In fact . . . some may do more harm than good.”

The Consumer Reports article shares three strategies that can, however, help maintain your cognitive function. They include one mentioned by the other sources (regular exercise) as well as effectively managing your blood pressure. As a third strategy, they recommend working out your brain. You can do the last one by, as just one example, learning a new language to “help increase cognitive processing speed and sharpen reasoning skills”.