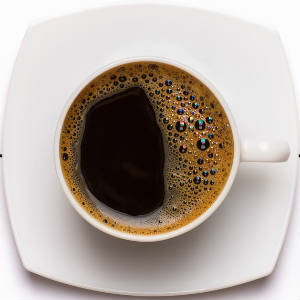 You might be surprised to learn there is a direct relationship between caffeine and age, with the substance having a bigger effect on the average person as he or she ages. That’s because, according to a study discussed in Fitbit.com, younger people can metabolize caffeine more quickly, with people aged 65 to 70 metabolizing it 33 percent more slowly than younger adults.

More specifically, let’s say you consume 200 to 300 mg of caffeine first thing in the morning. Caffeine’s half-life is about six hours. So, a cup of coffee early in the morning shouldn’t affect your sleep that night. But, if you drink 200 mg at 4 p.m., the average adult would still have 100 mg to process at 10 p.m. As an older adult, you’re going to be 33 percent behind that curve, which means that caffeine could very well keep you up at night.

So, what do should you do? First, monitor consumption. Six ounces of coffee contains about 100 mg of caffeine, but coffee isn’t the only culprit. There is caffeine in tea, some soft drinks, chocolate and some medications – and plenty of it in energy drinks. If you find you’re struggling with insomnia, you may need to cut back on your caffeine intake or consume it earlier in the day. In some cases, people need to cut caffeine out entirely to get the sleep they need.

An AARP article points out additional negative effects of caffeine, including that it can be “worrisome” for people with some health conditions. These include high blood pressure, osteoporosis, and diabetes.

It can also negatively interact with some medications, including Cipro (a commonly prescribed antibiotic), thyroid medications, the heartburn drug Tagamet, and psychiatric and depression drugs. And, you struggle with anxiety or heartburn, caffeine may worsen the conditions.

On the Flip Side: Positive Effects of Caffeine

A Time magazine article shares better news. This article describes how a study published in Nature Medicine states that older people with low inflammation levels tended to have something in common: they ingested caffeine. In fact, the more caffeine they consumed, the more they were protected against chronic inflammation. This protection is crucial for good health because inflammation plays a role in disease, including heart problems, cancer, diabetes, high blood pressure, Alzheimer’s and more. Caffeine, researchers concluded, turns off the inflammatory pathway, which explains lower levels found in coffee drinkers.

The goal isn’t to cause all inflammation to disappear, of course, but to manage it. And, since older people in general can’t manage inflammation as well, this is an important discovery, one that needs more investigation.

The AARP article quoted earlier points out that coffee may also help to prevent strokes and some cancers, as well as reduce the risk for Parkinson’s disease. It may also boost memory and concentration. Coffee may reduce the risk of developing dementia, including Alzheimer’s disease, and may slow the rate of cognitive decline in older adults. Other potential benefits listed in the article include:

Another Source of Information

CoffeeAndHealth.org shares more information about health benefits of caffeine, including that two studies have shown how the substance can improve attention span in older adults, as well as younger ones. In people aged 60 to 75, caffeine boosted their ability to perform more complex tasks, ones that needed sustained amounts of attention. Other studies indicate that caffeine intake can improve people’s “incidental verbal memory and visuospatial reasoning.” The article notes that positive boosts in cognitive reserve through coffee consumption may be more effective in women than men. Again, we recommend you read the entire article to get the full benefit of information provided about how caffeine affects older adults.