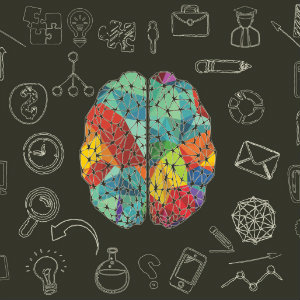 Turn on the TV or open a magazine and you'll likely see an ad touting the benefits of brain training games. Ads claim the games help to boost your brainpower and even possibly reduce the risk of cognitive decline, and you can gain access to them, typically, by paying a monthly subscription fee. But are they really all they're cracked up to be?

A 2013 British article notes that brain training has become a lucrative business, with companies creating user-friendly puzzles. One of the big names in the industry, Lumosity, debuted in 2005 and, according to this article, grew by 150 percent year-over-year, reaching 35 million people. In January 2013, the company’s app was downloaded nearly 50,000 times per day.

However, the Federal Trade Commission (FTC) has recently determined the company’s claims are inflated.

Lumosity is a collection of more than 50 cognitive games; company officials say their team has worked with more than 100 researchers from around the globe to create their products. Claims made by the parent company, Lumos Labs, include better performance at work and school and “reduce[d] or delay[ed] cognitive impairment associated with age and other serious health conditions.” The FTC calls these claims unfounded, stating that they “preyed on consumers’ fears about age-related cognitive decline, suggesting their games could stave off memory loss, dementia, and even Alzheimer’s disease” without scientific data to support these claims.

Neuroscientist Dr. Adrian Owen was ultimately less than impressed with results after having tracked 11,000 adults for six weeks. The participants focused on computer-based brain games “designed to improve reasoning, memory, planning, visuospatial skills and attention.” He concluded that, while people got better at the games themselves through practice—which is no surprise—they did not show any significant advancement in fluid intelligence (the ability to adapt to new situations). So he saw no practical advantage to the program.

Dr. John Swartzberg, clinical professor emeritus of medicine at the University of California, Berkeley, adds this advice for brain health: “If you want to exercise your brain, study Spanish, take up Ikebana flower arranging, or learn a new game like chess or bridge. You may strengthen those neural connections in your brain, and you’ll almost certainly have fun.”