Why Getting the Right Dementia Diagnosis Matters 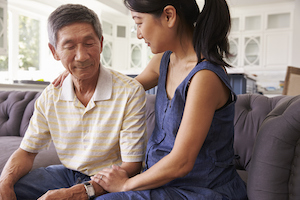 “Dementia is not a diagnosis. Dementia is a general term indicating that thinking and memory are impaired enough that day-to-day function is compromised, such as difficulty with grocery shopping, preparing meals, using a telephone, or balancing the checkbook.” (Psychology Today)

In the United States, the word “dementia” and the term “Alzheimer’s disease” are often used as if they’re synonyms — but they’re not. Alzheimer’s disease is a type of dementia, but there are numerous other brain diseases that can impair memory, thinking, and judgment.

The good news is that, sometimes, the underlying causes of impaired cognitive function can be treated. These include vitamin deficiencies, thyroid disorders, and Lyme disease. Depression can also play a role. Other times, scans may identify blood accumulating between the skull and brain — a subdural hematoma — and, if removed, this can lead to improved cognitive function.

Sometimes, of course, doctors will diagnose dementia of a more serious kind. Although they can vary widely, core dementia symptoms in general include problems with:

People experiencing problems with their cognitive function may, for example, struggle to remember where they put their wallets or when they have an appointment. They may have a hard time planning meals or traveling outside of their immediate neighborhoods.

This includes Alzheimer’s disease, but anywhere from 20 to 40 percent of the 5.8 million dementia patients in the United States are dealing with something other than Alzheimer’s. These include strokes, Lewy body disease (which is closely related to Parkinson’s disease), and more. Plus, some people have more than one disease that affects cognitive function.

Although it’s true that most of these more serious brain diseases can’t be stopped, it’s still important to get the right dementia diagnosis. Correct diagnoses allow families to plan for the future, and to get the best care possible for their loved ones. For example, if your loved one has Lewy body dementia, the decline is likely to be much more rapid, and symptoms may include motor problems, sleep issues, even hallucinations. And although the disease itself can’t be cured with today’s medicines, symptoms can often be treated to provide relief.

Or frontotemporal degeneration may be at fault, which can cause the person to behave inappropriately and to have poor judgment. Say a spouse doesn’t realize that a disease is the root of the problem, it may lead to marital difficulties; recognizing the cause can provide context to families.

With the right diagnosis, families can take advantage of the treatments that do exist to provide some relief. For example, there are medications, called cholinesterase inhibitors, that can improve symptoms in some patients with Alzheimer’s, dementia with Lewy bodies, and vascular dementia.

Other types of medications, selective serotonin reuptake inhibitors, are used as therapy for frontotemporal dementia.

If you discover that your loved one’s dementia symptoms can be reversed or at least managed, you may find yourself in search of ways to protect him or her from developing more serious forms of dementia. Ways that people can protect their brain health include:

For information, referral services, and general support, the Alzheimer’s Association can help. There is a 24/7 helpline — 800-272-3900 — a virtual library of resources, caregiver’s support, in-person support groups and more.