What Is the High-Dose Flu Vaccine, and How Can It Help You? 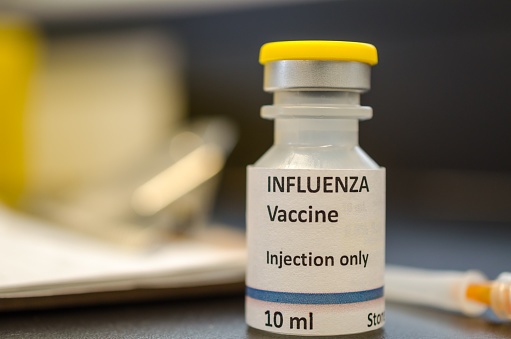 The vast majority of influenza(flu)-related deaths, according to the Centers for Disease Control and Prevention (CDC), occur in people over the age of 65, so experts recognized a need for a stronger vaccination for this demographic.

In response, a high-dose vaccine was created and first became available in the United States in 2009. A study, published in the Journal of Infectious Diseases in 2017, shows that the high-dose version of the vaccine may in fact be more effective, at least in seasons with dominant H3N2 strains of influenza.

This study used data from more than one million recipients of Medicare who received vaccinations at community pharmacies during the 2012-13 and 2013-14 seasons. Some received standard doses of the vaccines while others got the high-dose version, with the latter being 36.4% more effective at preventing deaths in the 2012-13 season; that’s when the H3N2 strain dominated. In 2013-14, the high-dose flu vaccine was only 2.5% more effective; that year, the H1N1 strain was dominant, which led to the conclusion that high dosages work better on certain strains of the flu.

Each flu season, experts identify strains of the virus they believe are most likely to show up that year. They then create a vaccine specifically targeted for that mix. When you get the vaccine, your body creates antibodies to fight against the flu, and it takes about two weeks for this process to work. A flu shot can’t give you the flu, but sometimes you catch the virus before antibodies are fully formed, and no flu shot can fully protect you from catching the virus.

If you are aged 65 or older, the CDC recommends you get a flu shot, not a nasal spray vaccine. The article notes that, if you are in this demographic, you can get the regular flu shot. It also describes two stronger vaccines specifically created for this age group:

Each of these—the high-dose and the adjuvanted vaccine—may create more side effects than standard vaccinations, including “pain, redness or swelling at the injection site, headache, muscle ache and malaise.”

As the Mayo Clinic points out, the high-dose version still contains the three flu strains expected to cause the flu during the upcoming season, just more of the antigen (the part of the vaccine that stimulates immunity). The article also shares that older adults actually produce 50 to 75% fewer antibodies than younger adults do, so the high dosage in a flu vaccine can help to compensate for that difference.

As an article at Yale University’s website puts it, “With age comes a great many things: wisdom, maturity, beauty… And also a weaker immune system! This places adults over the age of 65 at greater risk for severe complications from influenza.” So, it just makes sense to talk your doctor about which particular vaccination is right for you to protect you during the upcoming flu season.

In the United States, flu season can start as early as October and, since it takes about two weeks for the vaccine to build stronger immunity in your system, it’s important to be proactive about getting yours.