LGBT Resources for Older Adults: Ways to Break the Isolation 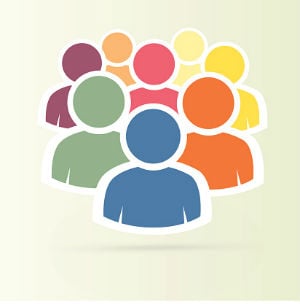 It is estimated there are nearly 1.5 million lesbian, gay, bisexual and transgender (LGBT) people aged 65 and older in the United States, and that population of older adults is expected to double in just 15 years.

In addition to dealing with the usual challenges of aging, LGBT older adults face other unique challenges that can affect the quality of their lives.

According to research from the LGBT Center of Greater Cleveland and Services & Advocacy for Gay, Lesbian, Bisexual & Transgender Elders (SAGE) Cleveland that surveyed adults aged 50-64 and 65 and older, LGBT adults are often tasked with choosing between remaining closeted or facing the risks of rejection, loss, discrimination or violence by disclosing their sexual orientation or gender identity.

“Results revealed that both age groups censure themselves in various situations. … This dichotomy can cause tremendous problems. The mental strength required to constantly remain closeted is often compared to the exertion needed to hold a beach ball under water,” the survey notes.

An issue regardless of sexual orientation or gender identity, social isolation remains an ever-present risk. But for LGBT older adults, the isolation risk is amplified because they are twice as likely to live alone, twice as likely to be single, three to four times less likely to have children, and they may be estranged from their biological families.

How can older LGBT adults deal with social isolation? Here are some resources.

Stay or Get Involved: If you’re involved with a cause you’re passionate about, retirement is the perfect time to become more active with it. As SAGE’s blog notes, “Staying involved in our communities doesn’t just contribute to the legacies we leave after we’re gone. It also provides very real and immediate benefits. A critical LGBT aging challenge is isolation; another is contending with a shrinking network of support—as we age, we often see attrition making our support networks smaller and more fragile just when we need them most. Staying involved reduces the likelihood of painful isolation and increases the chances of maintaining or even growing a viable support network.”

Becoming or staying involved with a passion provides you continued connections to neighbors and friends and also gives you the added mental and physical health benefits of remaining active.

Look Locally: Chances are good that your local LGBT community center will have programs and events for older adults. To find a center in your area, search here. Northeast Ohio residents also can find resources at the LGBT Community Center of Greater Cleveland, which offers many activities for older adults.

If you are an LGBT older adult or have a family member or friend who is, tap national and local LGBT resources for helpful information, events and a place to meet new people.