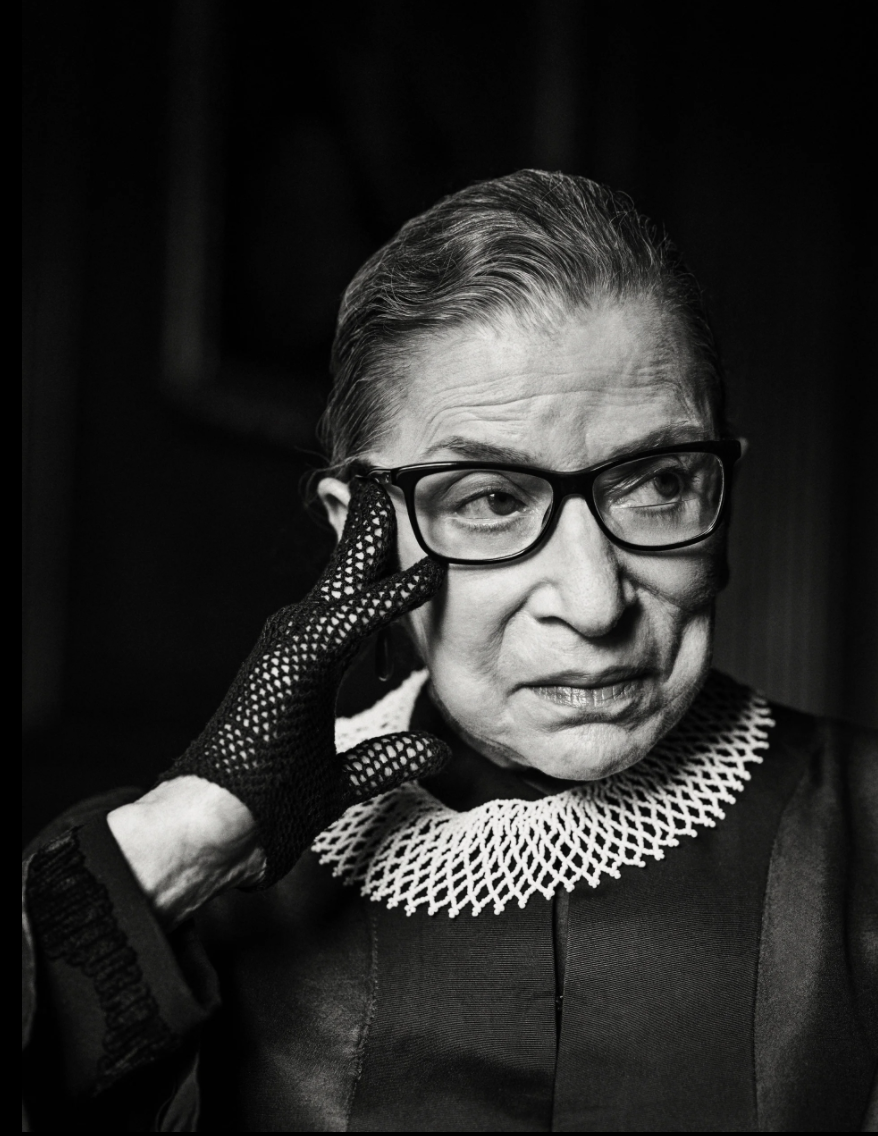 Justice Ruth Bader Ginsburg was an icon, and when she passed away in September, stories of her character and legacy were everywhere. Whether you admired her grit and work, felt personally impacted by her rulings or followed her battles with illness, there’s no denying that RBG had an impact.

Kendal at Home member Johnathan Entin recently shared his experiences with Ginsburg during his time working as a clerk for the judge. Entin is a David L. Brennan Professor Emeritus of Law and Adjunct Professor of Political Science at Case Western Reserve University and began applying to clerkships during his second year of law school. He applied to clerk for Ginsburg before she was confirmed by the Senate.

“I thought she was already a judge. I did everything wrong, starting with that assumption. But in any event, at some point, she invited me to come to New York. So I was working in Chicago, I got up at 4 o'clock in the morning to fly to New York, I got to her place a little after 9:30 in the morning. It was June 18, 1980,” Entin noted.

“I got to the door, her then 15-year-old son greeted me by saying, ‘I was going to ask you why you want to clerk for an unconfirmed judge, but I can't do that. The Senate just confirmed her.’ So I was the first person outside of the family she laid eyes on after that. So we talked for a bit, and she offered me the position on the spot. And I took it.”

One case that stands out to Entin during his time with Ginsburg was a libel case against The Washington Post.

“Now, the case came up on appeal on a really technical procedure, which had nothing to do with the merits of the dispute, but the briefs were just vitriolic, and as I was talking with the judge about this case, she commented about the tone of the briefs, considering what the issue was. And I said, ‘Well, I have a hunch.’ One of the plaintiffs in this case was a guy named George Preston-Marshall Jr. George Preston-Marshall Sr. was the founder and longtime owner of the Washington Redskins. And the firm representing the Post was called Williams & Connolly. And Williams of Williams & Connolly was a high-profile lawyer named Edward Bennett Williams, who owned the Redskins after Marshall Sr. did. The two men detested each other. Williams thought, correctly, that George Marshall Sr. was an unreconstructed racist, in fact, the Redskins were the last team in the National Football League to have a black player,” Entin recalled.

“So I suggested that maybe the animosity between Williams and Marshall Sr. may have influenced the tone of the briefs. Judge listened to me really attentively, and at the end of that she looked at me and she asked me, ‘In all seriousness, what are the Redskins?’ She had no clue! And we're in Washington! She was interested in a lot of things, but she had no interest in it.”

Ginsburg blazed a trail for women in America. Reflecting on what drove her to fight for equal rights, Entin recalls Ginsburg’s struggles early in her studies and career.

“She went off to Harvard Law School. Marty was a year ahead of her, and during her first year, there were nine women in a class of over 500. And the nine women were invited to the dean's house, and the dean basically asked them all, ‘What are you doing here, taking up a seat that a man could be occupying?’ That was one thing,” he said. “Then she couldn't get a job. Now, this was somebody who was No. 1 in the class at Harvard at the end of her second year. And she was No. 1 in the class at Columbia in her third year. A man with that sort of record, No. 1 in the class at either place, would've clerked on the Supreme Court. None of the Supreme Court justices were interested in her. She couldn't get a clerkship with some of the high profile judges in New York.

“Finally, one of her Columbia professors talked to one district judge and said, ‘If you don't take this woman, we will never send you another clerk from Columbia Law School.’” Entin continued.
“So he took her in, and it turned out, it went swimmingly, right? But then she couldn't get a job at the end of the clerkship.”

Entin wasn’t planning on becoming a law professor, but after a year spent clerking for Ginsburg, his career took a different turn.

“I learned more in the year than I learned in law school. Not only that, it was largely, as a result of that experience that I took seriously the idea of teaching. I had started out years earlier, thinking I was going to be a social scientist and spend my career in a college or university setting,” he said. “She used to talk about how rewarding she found teaching, and we would talk about it. And actually, a lot of her clerks over the years have become law professors. So, I don't think I would have thought about being a law professor very seriously if it hadn't been for that experience.”