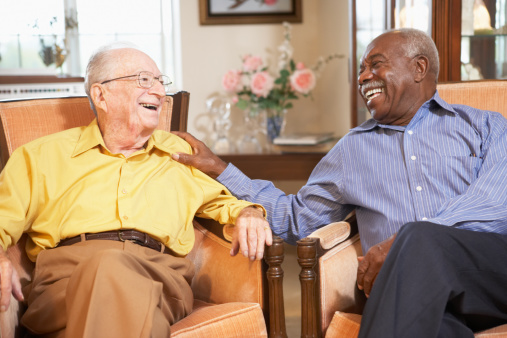 Everyone knows someone living with dementia. People with dementia can live fulfilling lives with the help of their communities and caregivers. But because not many people know how to spot the signs of dementia or how to make him or her feel included, people with dementia are often left feeling isolated.

To help communities throughout Ohio better understand dementia and improve the quality of life for those living with the disease, the staff of Kendal at Home have been trained as Dementia Champions.

Dementia Champions is a training program offered by the Ohio Council for Cognitive Health as part of its Dementia Friends initiative.

Dementia Friends is a global movement aimed at reducing the stigma associated with dementia with five key messages:

As Dementia Champions, the Kendal at Home staff is equipped to recognize the signs of dementia, improve the quality of life for those with dementia, and train family and community members to do the same and become Dementia Friends.

“Many older adults worry about developing dementia,” said Lynne Giacobbe, executive director of Kendal at Home. “By becoming Dementia Champions we are not only able to better educate our members about this disease, but we can also help break the stigma that comes with dementia in the communities we serve.”

“What Kendal at Home is doing by embracing this program is ensuring people are able to age in their community as opposed to being isolated in their home, and that is really important,” said Bonnie Burman, president of the Ohio Council for Cognitive Health. “What the staff is saying by becoming Dementia Champions is ‘You don't have to be a professional to improve the lives of those with dementia — you could be the postman, you could be the hairdresser.’ That's really inspiring to me.”