What to Know about the BOLD Infrastructure for Alzheimer's Act

“Alzheimer's is the most under-recognized threat to public health in the 21st century.” (Dr. David Satcher, former U.S. Surgeon General and former Centers for Disease Control and Prevention Director)

More than six million people in the United States are currently suffering from Alzheimer’s disease and related dementias, and it’s predicted that this number will 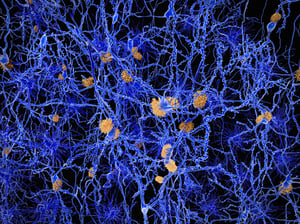 increase to more than 16 million by 2050. Monetary costs of addressing Alzheimer’s in the United States are more than $277 billion annually, with these costs estimated to skyrocket to $1.1 trillion by 2050.

In fact, Alzheimer’s is considered the most expensive disease in America today—and that’s before factoring in how caregivers of people with Alzheimer’s are estimated to have $11+ billion in additional health care costs annually. Plus, people with dementia can struggle with serious quality of life issues—and so can their caregivers.

To help address this situation, the Building Our Largest Dementia (BOLD) Infrastructure for Alzheimer’s Act has been signed into law, with the act authorizing the Centers for Disease Control and Prevention (CDC) to spend $20 million a year for five years on the prevention, treatment and care of Alzheimer’s disease and related dementias.

More specifically, goals include increasing early detection and diagnoses, as well as reducing risks for dementia and preventing hospital stays that could be avoided. On average, one in every four hospital stays for people with dementia are preventable. Another crucial goal of the act is to make quality care and services available to those who need them.

The bipartisan BOLD Act bill was authored by the following senators:

Specifics of the BOLD Act include:

This act allows the CDC to team up with state and local health departments to promote brain health and boost quality of care for people with Alzheimer’s. It also mandates timely reporting of data about cognitive decline, as well as of caregiving data and information on health disparities. Improved data analyses are also part of the bill.

Data will come from multiple sources, including:

AlzImpact.org shares insights into the prevention strategies that will be shared through public health officials. They include healthy living, which can help to reduce the risks of cognitive decline; specifics listed are “regular physical activity, attention to heart health, and preventing head injuries.”

Because as many as half of people who have Alzheimer’s disease have not been diagnosed, public awareness campaigns are planned to promote early detection/diagnosis. Another prong of this strategy is to educate medical professionals about available assessment tools, and about following evidence-based clinical care guidelines.

Kendal at Home also regularly provides helpful guidance about cognitive health, as well as Alzheimer’s disease and related dementias, including: